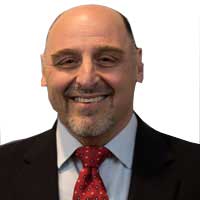 Stephen is a founding partner and President of Future Tech Consultants (FTC) with over 30 years of experience in the engineering and construction industry. With his extensive knowledge of special inspections and forensic investigations, Stephen’s main goal from the inception of FTC was to help the company grow. His constant guidance in how to provide these services using an efficient, effective and professional approach has helped the company develop into a leading provider of special inspections and engineering consulting services in the metropolitan tri-state area.

With a constant vision to remain on the cutting edge of the industry, Stephen recognized a need to become a more diversified company and sought the ability to offer a multitude of services to the industry. In a few years, Stephen’s vision became a reality. FTC, with its primary services being special inspections and materials testing, expanded its services to include engineering consultation, façade and existing building investigation, mechanical, plumbing, and energy compliance inspections. The company now has the ability to provide a broad range of services, giving FTC the advantage of being a single source company for all code mandated special inspection requirements.

Stephen earned his BSCE from Polytechnic University of New York and holds Professional Engineering licenses in the states of New York, New Jersey, Connecticut, Pennsylvania, Florida, and Nevada. He is a Fellow of the ACI and a member of ASCE, ASTM, AWS, CIB, NSPE, PCI, ICC and SEAoNY. 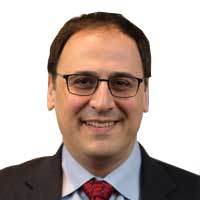 Michael is one of the founding partners of Future Tech Consultants (FTC) and serves as its Executive Vice President. Michael has over 20 years of experience in the special inspection industry. He uses this experience to provide FTC with vision and leadership, as well as to help guide the overall management of the company. Michael manages FTC’s day to day operations by working closely with each of FTC’s departments. This hands-on approach helps FTC’s internal communication, as well as communication with our clients. It also maintains an efficient workflow resulting in a more streamlined operation. Michael implements new strategies and ensures that the company has the technology, both in office and in the field, to accomplish all of FTC’s objectives and future goals.

In addition to his responsibilities as an executive of FTC, Michael leads the industry with his innovative concrete mix designs. He has designed and batched tens of thousands of concrete mixes at FTC’s in-house laboratory that encompass a wide range of projects and challenges. Public agencies such as DEP, Port Authority of NY/NJ, and School Construction Authority as well as an extensive number of high profile, private projects, have all successfully used concrete that has been designed by Michael. He is knowledgeable in all types of concrete mix designs with a specialty in designing high-strength concrete (10,000psi – 14,000psi), and other requirements such as modulus of elasticity, low permeability, low shrinkage, high strength lightweight, mass concrete, heavyweight, and mixes incorporating high fiber content, shake on hardening, and waterproofing. Michael’s expertise allows him to competently design more complex concrete mixes that meet the requirements of even the most challenging projects.

Michael is a Professional Engineer registered in the States of New York and Florida. He is an active member of the American Concrete Institute, serving on the committees for ACI 306: Cold Weather Concreting, ACI 207: Mass Concrete, and ACI 211: Proportioning Concrete Mixtures. He also serves on the Board of Directors of the local NY/NJ Chapter of ACI, The NY Concrete Industry Board (CIB). 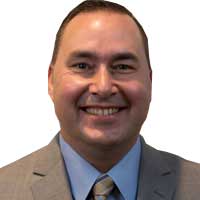 John is Vice President of Projects at Future Tech Consultants (FTC) and monitors all aspects of the construction special inspection process, from project inception to close out. With over 20 years in the materials testing and inspection industry, John uses his experience and knowledge to facilitate a smooth project transition between all special inspection disciplines. In addition to coordinating communication and technical requirements with FTC employees, John frequently attends jobsite project meetings in order to ensure an efficient workflow. John is in constant contact with FTC team members to maintain an effective communication bridge between FTC and all developers, agencies, and design professionals. John has been instrumental in the close out of many projects varying from educational, health care facilities to retail developments and residential structures.

John is a graduate of Binghamton University with construction inspection certifications from New York University, ICC, NICET, and ACI. He is a member of the International Code Council and was recognized as a leader of industry at the SMPS national conference in 2008. John was also a key presenter at the 2007 firestop symposium sponsored by HILTI and the New York City Chapter of the AIA. 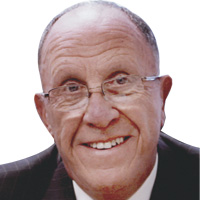 A founding partner and chief executive officer of Future Tech Consultants, Frank Luzi brought to the firm more than 40 years of experience In the construction industry. He set the tone for his engineering inspection and testing career with the U.S. Army Corps of Engineers and as a consulting engineer to the construction industry. He brought those years of experience and knowledge in the industry to Future Tech Consultants that were part of the broad spectrum of services offered. His years at Future Tech help to build the company to a leading Engineering Consulting, Inspection and testing firm that is known throughout the industry and highly respected for its professional and ethical standards.

He was a graduate of City College of New York and was a licensed engineer in New York, New Jersey, Pennsylvania, Connecticut and Florida. During his extensive career he served as commissioner of the New York City Department of Buildings and was a CIB Leader of Industry.